This huge 3.6 acre site formally operated as a nursery with a lakeside cafe and bungalows.  The client purchased the property to incorporate it into a neighbouring retirement village and also for community use.

The project involved alterations and additions to existing buildings including civil works and landscaping.  Works carried out included the modification of the existing nursery shed to a pavillion with a multifunctional gallery and plating kitchen with the addition of an awning roof to the terrace which flows out onto the tiered lawn ampitheatre.  The two existing mudbrick bungalows were refurbished to facilitate multi-purpose spaces, ensuring the historical features such as the timber from the old Coffs Harbour Jetty were retained, and a new deck with an extended pavillion roof were built to look out over the lake.  The existing cafe was modified with the addition of a new store room and commercial kitchen.  A roof over the terrace area and a new bathroom pavillion were built adjacent to the cafe.  A new potting shed was built with raised garden beds to be utilised as a community garden space.  The landscaping included extensive landscaped gardens and the addition of a pathway and boardwalks to the perimeter of the lake and gardens. 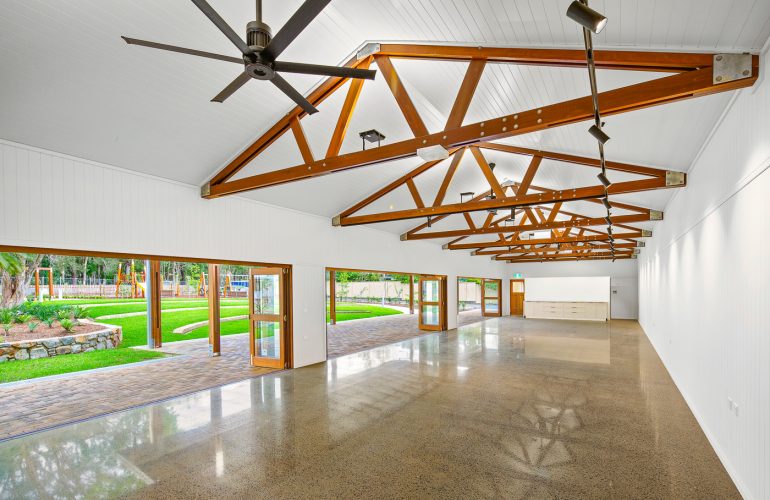 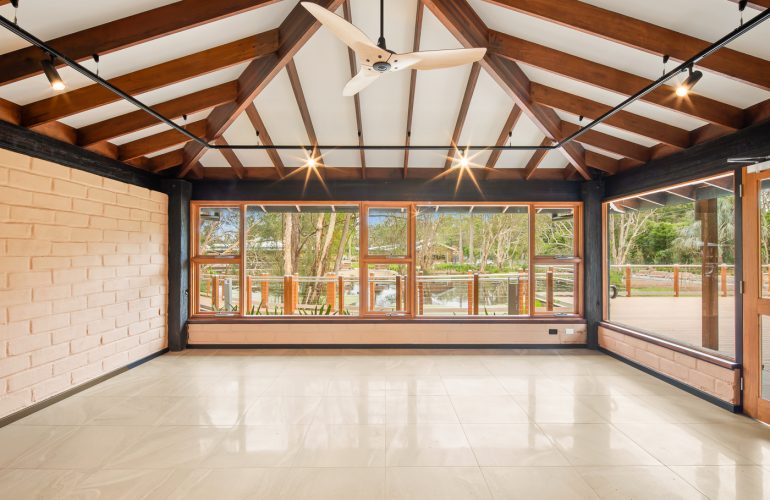 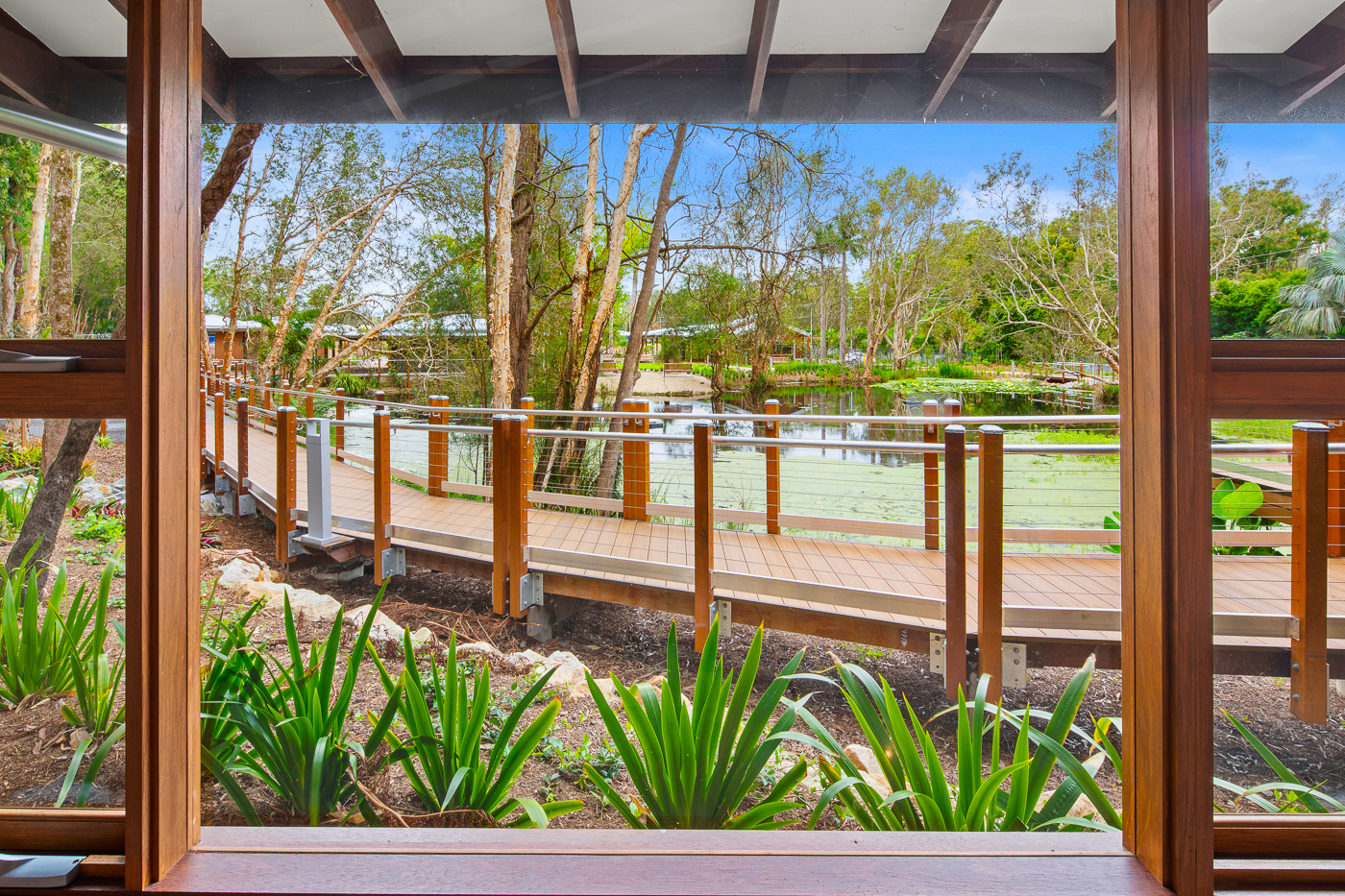 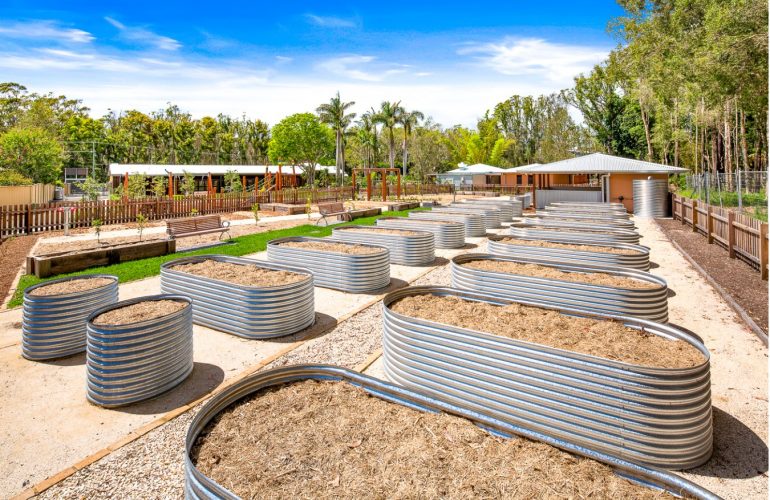 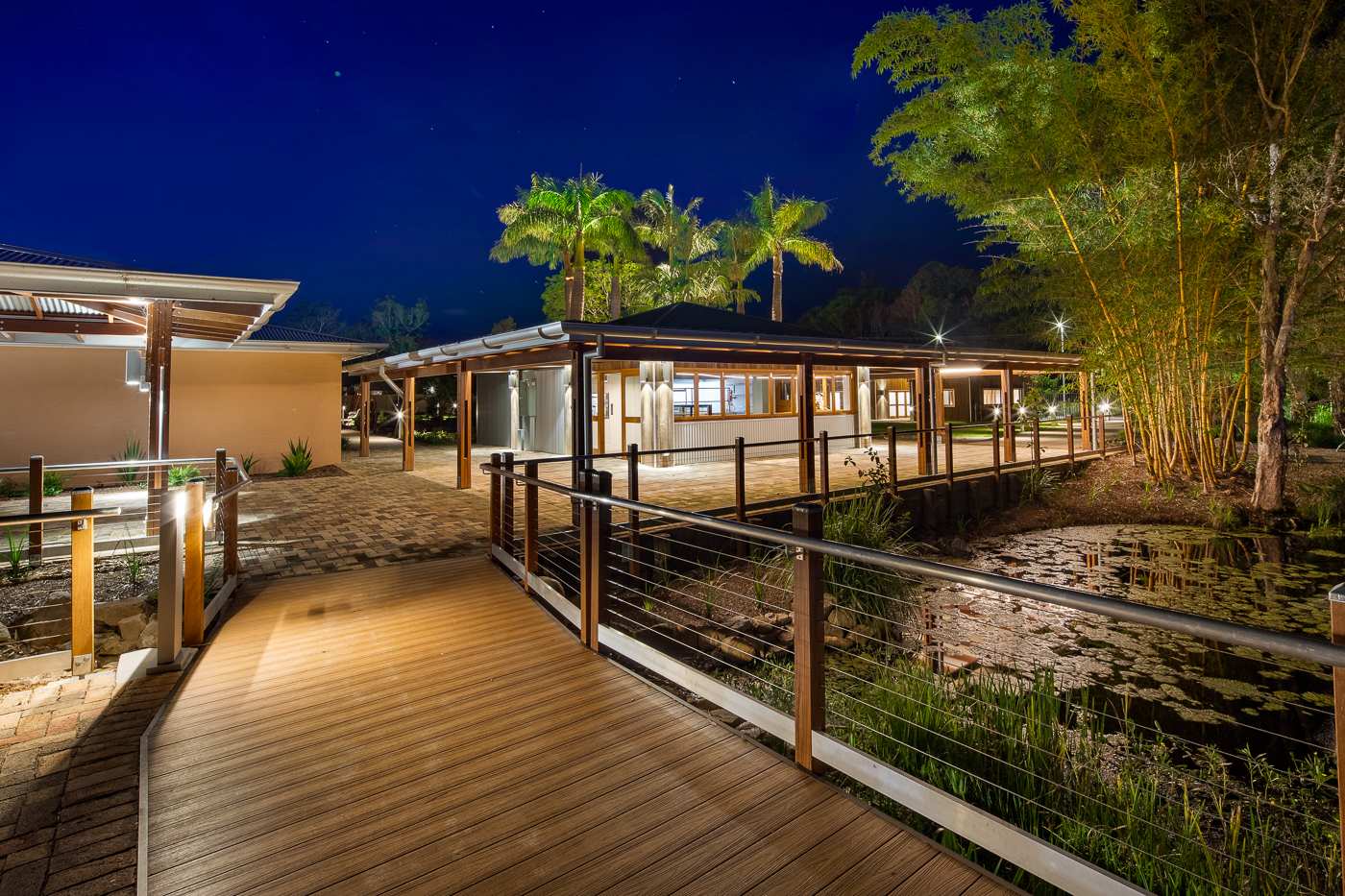 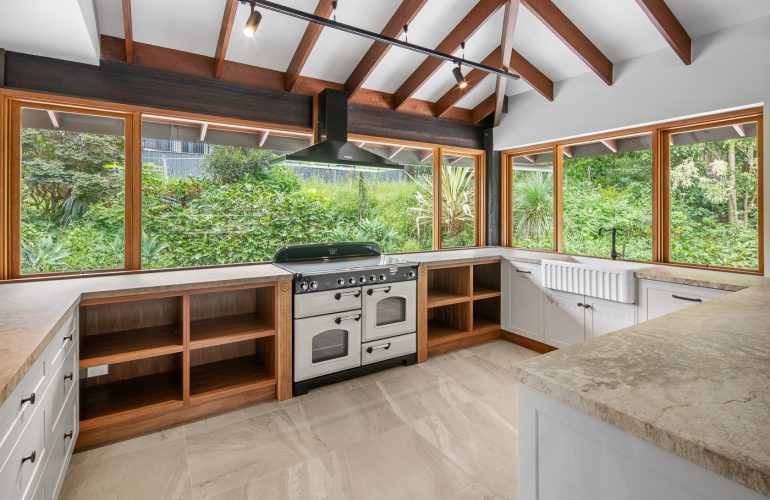 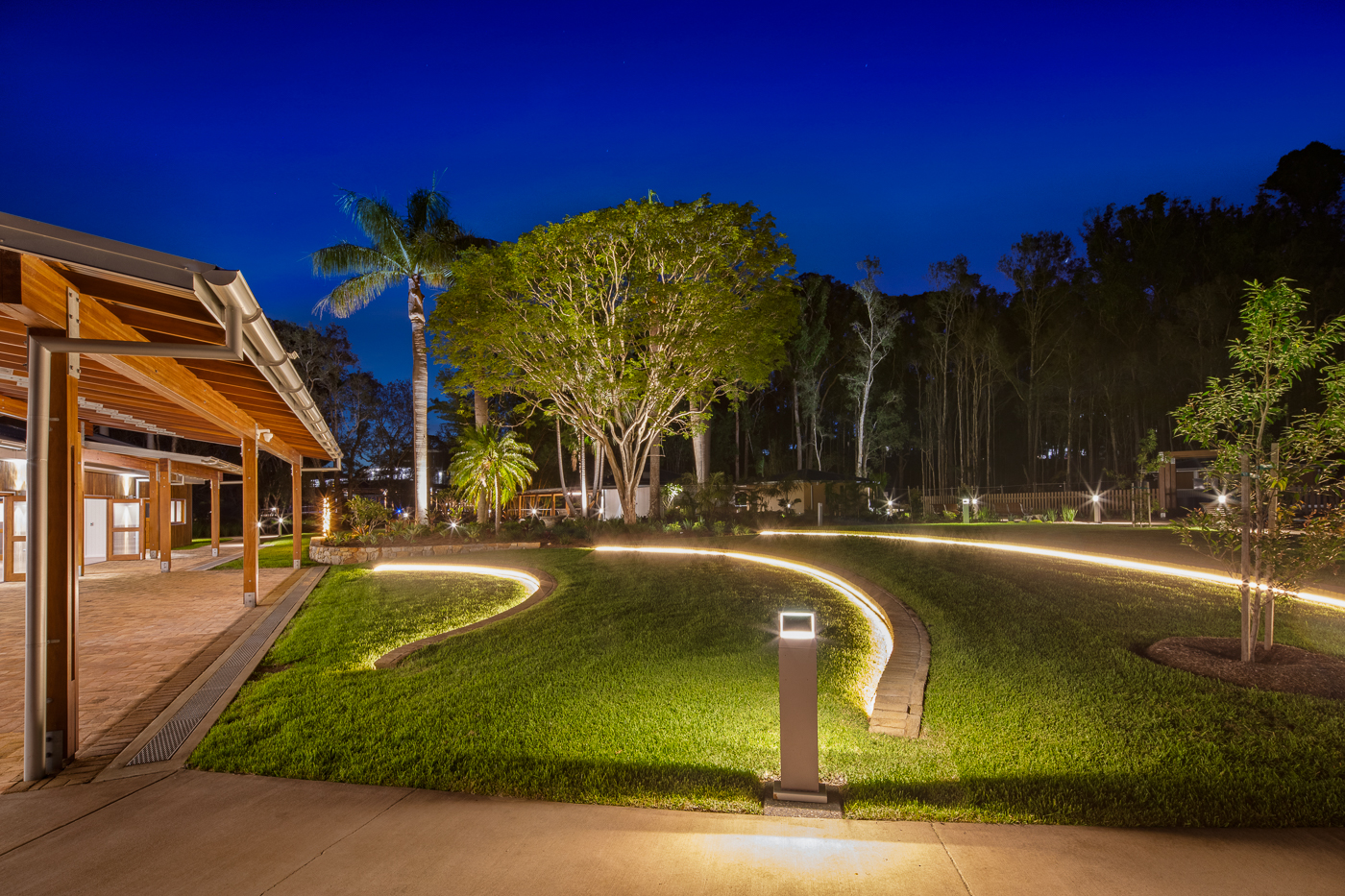